Europe pulled apart and together at the same time

by Beyond Today Editor

The Brexit vote in Britain to leave the European Union has provoked a great deal of anger at Britain by many in Europe, but it has also served as encouragement to many other Europeans to focus on preserving their own individual nations and cultures against pan-Europeanism and immigration from the Muslim Middle East and North Africa -- and it has led to growing support for nationalist or "far right" parties. 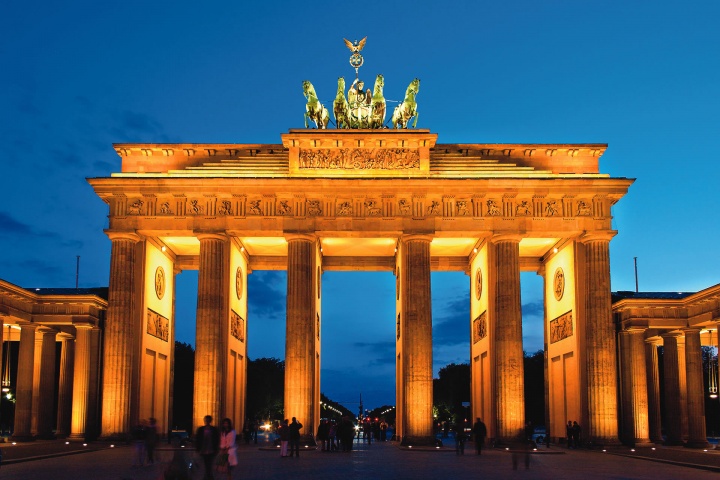 Thomas Wolf
Some European leaders are calling for Germany to take a greater leadership roll in the world.

December 2016 saw an unsuccessful nationalist bid for the presidency in Austria, but the far right there made it farther than before in its efforts. At the same time, a referendum in Italy in which constitutional reforms centralizing power were rejected led to the resignation of the pro-EU prime minister. Elections coming in May in France and September in Germany may see significant showings by nationalist parties.

At the same time, European leaders, worried about Britain's exit and the election of Donald Trump in the United States on top of longstanding concerns over Russia and Islamic terrorism, are looking toward increased integration, including militarily. Jean-Claude Juncker, president of the European Commission, mounted a fresh call for a European army, claiming: "The Americans will not see to Europe's security forever. We have to do it ourselves" ( Daily Mail, Nov. 10, 2016).

This echoed similar sentiments by Germany's defense minister. Some are even calling for Germany to take up the leadership of the free world in lieu of the United States ( Foreign Affairs, Nov. 16, 2016). But it certainly does not have the means for that role, despite its dominance over the EU.

The Bible prophesied a series of revivals of the Roman Empire in Europe, which have included the Holy Roman Empire of the Middle Ages, Napoleon's French Empire and the Hitler-Mussolini Axis of World War II. And these were but forerunners of the culmination of this system in a final revival to appear shortly before Christ's return, with 10 leaders giving power to a single ruler for a very short time (see Daniel 2 and 7 and Revelation 13 and 17 , esp. verses 12-13). This power will ultimately be an enemy to the United States and Britain. But how will we arrive at that predicament?

With the Brexit vote and a new direction for the United States, Europe may be forced to become more cohesive to preserve its union, or supranationalism may be widely rejected in favor of individual nation states. Some students of Bible prophecy have the idea that Europe's principal players like Germany, Italy or France could not leave the European Union -- and that the EU will smoothly transition into the biblical revival laid out above.

But the Bible doesn't say this. In fact, the Bible refers to the final union as partly strong and partly fragile, with its members not binding together well (Daniel 2:42-43). The increased power of the nation-states in EU governance, as recently noted by former European Commission president Romano Prodi ( Daily Express, Nov. 28, 2016), actually accords well with the Bible's reference to 10 rulers supporting a central power for only a short time.

There is reasonable conjecture as to how this could come about -- though insufficient space here to go into and something to explore at a later time. Another example is the Bible showing Europe dominated by a strong Roman Church, whereas Europe is presently very secular. Perhaps a backlash against Islamist encroachment will drive a return to tradition.

Rising nationalism fits in with this. Already "one in three Germans feel they are 'strangers in their own country' due to 'Muslim infiltration'" ( Daily Mail, Nov. 23, 2016). But the degree of backlash would need to be vastly greater than it is now -- as certainly seems likely eventually.

It's important that we remain alert to ongoing developments in Europe and the Middle East while keeping in mind what Bible prophecy reveals. Scripture is the only sure guide to understanding where matters will finally end up -- and to knowing what you need to do in the face of it all. (Sources: Sky News, Daily Mail, Foreign Affairs, Daily Express. )